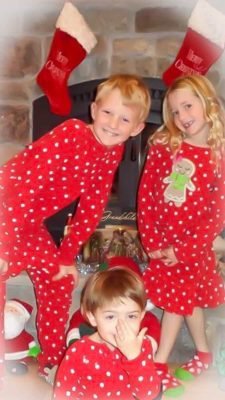 Don’t Blink!” the secretary at work cautioned me. “That baby stage will be over before you know it! You think you’re tired now….wait until your baby starts driving and you lie awake all night worrying about him! I remember being stressed out about how my baby was eating, but now that baby is already DRIVING!” I had stumbled into work bleary-eyed and exhausted after being up with a teething, refluxy, feverish baby. This wasn’t anything different–just take out the word “feverish” or “teething” on any given day, and the sentence could have been the same each day for eight months in a row. I half nodded at the secretary (probably nodded myself awake) and went to my classroom mulling over what she had just said. To be perfectly honest, each day that I got to work fully dressed was pretty much a freaking miracle. Getting myself out the door on time had always been a breeze, but adding a baby to the morning routine threw everything off in a major way. Getting myself showered, teeth brushed, dressed, make-up on (sometimes), hair dry (occasionally….ok. never) a baby nursed, fed, changed, changed again after the inevitable blow out (like clockwork) as I was leaving, felt like I had completed a mini-marathon every morning before I even GOT to work. Now I had this coworker chirping at me telling me to make every! Moment! Count! Because apparently 18 years was going to feel like six months.

I’ve had people say this to me a lot throughout the years. “Don’t blink! That baby will grow up before you know it!” and “Treasure every moment!” These things were always said when I had spit up pooling down the back of my shirt, or when my boobs were leaking milk through my shirt, or I hadn’t slept in eleven billiontey hours. Now that I have an eight-year-old, a five-year-old and a two-year-old, I can look back and honestly say that every minute of my children’s years, feel like how old they are–or more. My eldest son’s eight years feels fully like eight years. My five year old’s life feels like five. My two year old’s feels like twelve. My body has aged about sixteen years for sure–double my eldest’s age.

I don’t think many other moms don’t feel this way. Just today, there have been two Facebook posts saying things like, “My Connor baby is five weeks old already! Where did the time go? SLOW DOWN!” and “I signed up Mya for kindergarten today! Didn’t I just give BIRTH to her!” I fully believe that Mya and Connor are kids who have slept through the night since they were six weeks old. They HAVE to be. Because I firmly believe that I have logged more parenting hours than these moms have between the hours of 11 pm and six am, having had babies who really enjoyed being away screaming their heads off during those hours of the night. Nighttime parenting counts in a big way and perhaps that’s why my son’s eight years feel exactly like eight years.

Sometimes I catch sight of my eight-year-old and see how his face has lost his chubby baby-ness and how his hair is darkening and how his hands and feet resemble huge puppy paws too big for his body. I remember nuzzling his downy hair and kissing his peachy baby cheeks and smelling his newborn baby smell. It doesn’t seem like yesterday, though. It seems like…well…like eight years ago. I don’t really feel wistful or sad. I know I was head over heels in love with that baby, but I don’t know if I’d want to go back. Sometimes when I say, “I have a child in second grade!” I wait for that panicky feeling that my kids are growing up and where did the time go and what will I do with myself….but it really doesn’t come. Second grade means able to dress yourself and sleep through the night and write love notes to your mom on the computer telling her how he loves her the MOST out of ANYBODY in the WOLRD and read Harry Potter books. Second grade means an improved sense of humor, ordering off the adult menu, thinking before acting and big, sweaty football hugs. Second grade means having the following conversation, after seeing homeless people in Chicago.

Eight Year Old: I don’t understand something about the homeless…

Me: Well, there are many people who don’t have homes. There are a lot of reasons–some are sick, some people’s minds don’t work well, some people have had really bad luck and little family support.

Me: Is that what you wanted to know?

Eight Year Old: No….what I MEAN is not why are they HOMELESS. I MEAN how to they get the money for their SIGNS?

Second grade is not having to cut up grapes or worry too much about choking or having to change anything because if somebody needs to be changed…second grade can do it himself. Second grade means no more walking the halls with a colicky baby, nursing every two or three hours, checking to make sure if he’s breathing–well…I do check to make sure he’s breathing. Just not much. Well, not as much. Once a night. Or twice.

Just as I loved the baby, toddler, preschool version of my eight-year-old, I really REALLY love this eight-year-old. Most moms will say there are favorite things and non-favorite things that come with each age. I loved so much of the baby/toddler/preschool stage, but there is something so satisfying about watching your little baby who started off knowing absolutely nothing….become absolutely something.

So while I understand the sentiments behind “Cherish every minute! It will go so fast! Don’t BLINK!” I think better advice is “There’s a lot of good but a lot of work. It’s ok if you’re too exhausted to appreciate every minute. It’s ok to not absolutely love being sleep deprived. You’re not a bad mom if you feel that eight years….is fully eight years. It’s ok if you don’t happily rejoice in every single minute. It’s ok to not think that time is not really flying by.

Maybe when my eight-year-old is getting his driver’s license and driving alone for the first time (safely with hands at the proper two and nine o’clock positions with cell phone tucked away out of sight and the music at a sensible volume) or crossing the stage at graduation (hopefully) or walking down the aisle to marry a smart young woman who gets along really well with me and has great genetics, I’ll wonder where the time went and feel like his childhood flew by too fast.

That’s the thing about being a mom. You just have to figure out what it’s like for yourself.